When we started Discourse in 2013, our server requirements were high:

I’m not talking about a cheapo shared cpanel server, either, I mean a dedicated virtual private server with those specifications.

We were OK with that, because we were building in Ruby for the next decade of the Internet. I predicted early on that the cost of renting a suitable VPS would drop to $5 per month, and courtesy of Digital Ocean that indeed happened in January 2018.

The cloud got cheaper, and faster. Not really a surprise, since the price of hardware trends to zero over time. But it’s still the cloud, and that means it isn’t exactly cheap. It is, after all, someone else’s computer that you pay for the privilege of renting.

But wait … what if you could put your own computer “in the cloud”?

Wouldn’t that be the best of both worlds? Reliable connectivity, plus a nice low monthly price for extremely fast hardware? If this sounds crazy, it shouldn’t – Mac users have been doing this for years now.

I suppose it’s understandable that Mac users would be on the cutting edge here since Apple barely makes server hardware, whereas the PC world has always been the literal de-facto standard for server hardware. 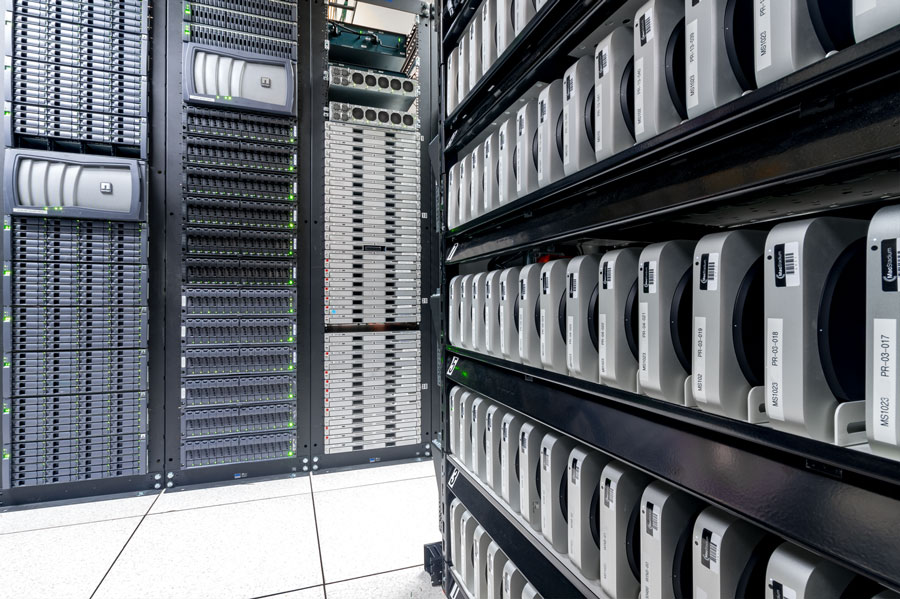 Given the prevalence and maturity of cloud providers, it’s even a little controversial these days to colocate actual servers. We’ve also experimented with colocating mini-pcs in various hosting roles. I’m still curious why there isn’t more of a cottage industry for colocating mini PCs. Because … I think there should be.

I originally wrote about the scooter computers we added to our Discourse infrastructure in 2016, plus my own colocation experiment that ran concurrently. Over the last three years of both experiments, I’ve concluded that these little boxes are plenty reliable, with one role specific caveat that I’ll explain in the comments. I remain an unabashed fan of mini-PC colocation. I like it so much I put together a new 2019 iteration:

This year’s scooter computer offers 3× the cores, 2× the memory, and 3× faster drive. It is, as the kids say … an absolute unit. 😱 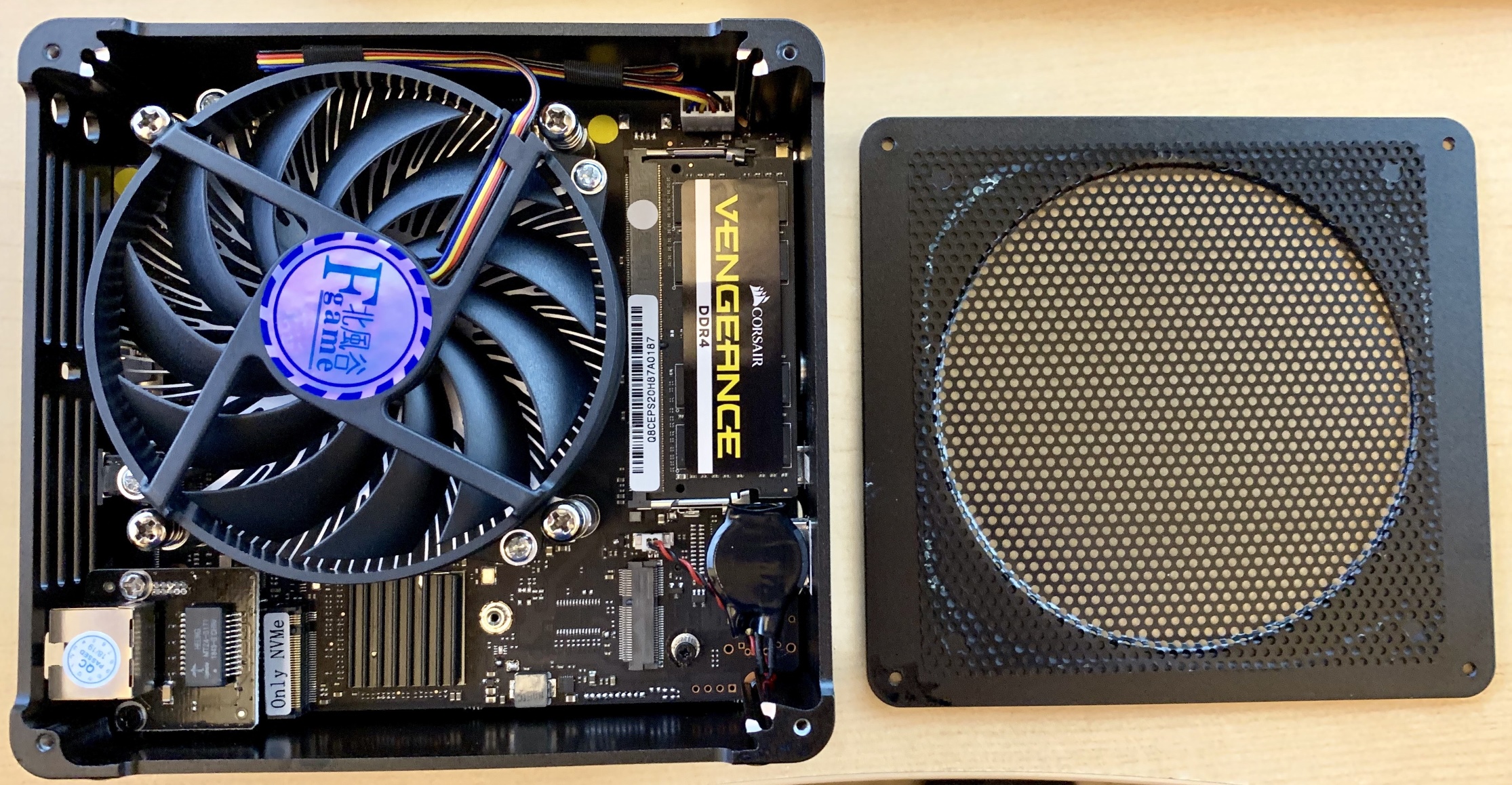 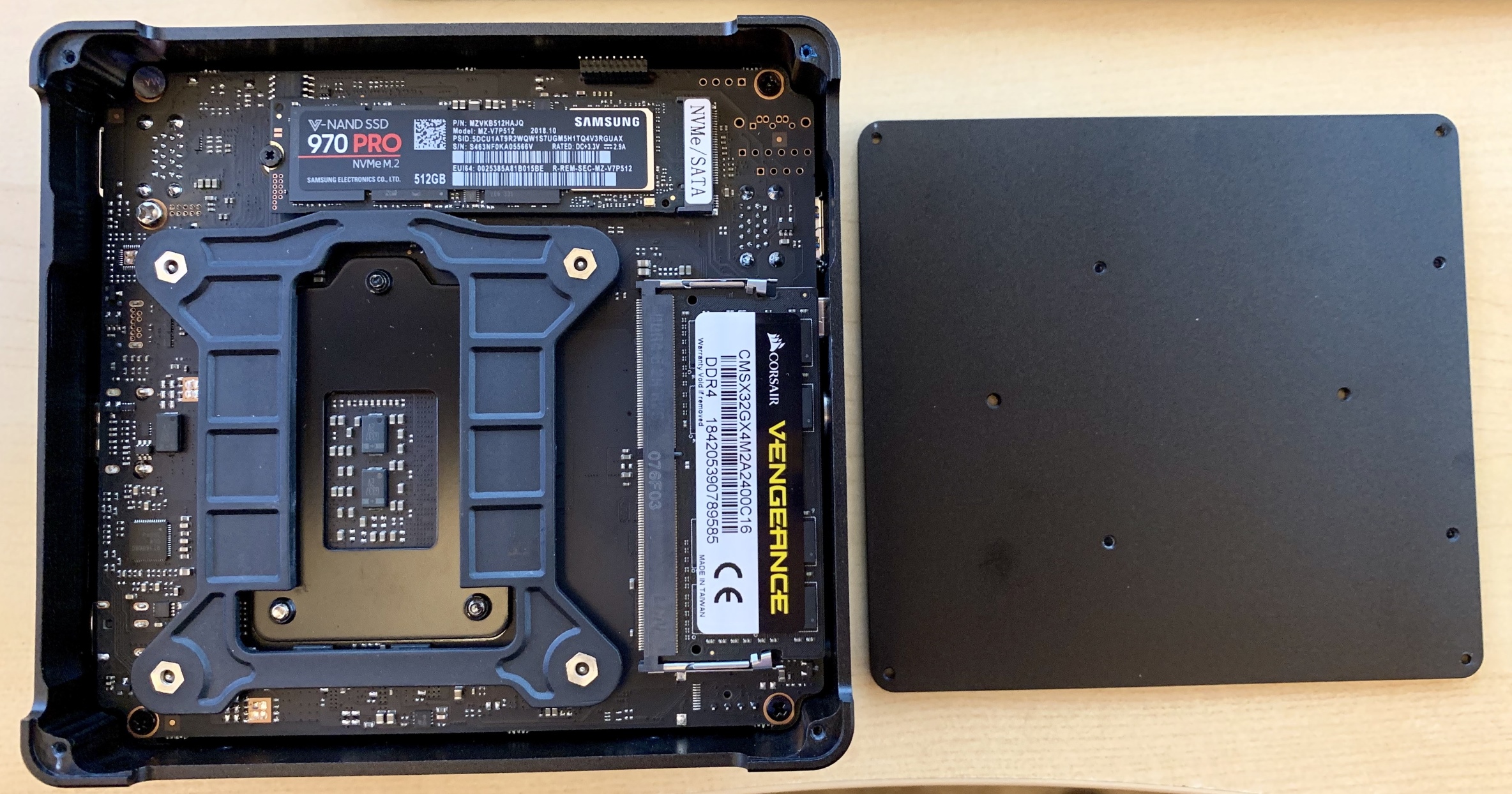 It also has a rather elegant dual-sided internal layout. There is a slot for an old-school 2.5″ drive, plus built in wi-fi, but you won’t see it in my pictures because I physically removed both.

I vetted each box via my recommended burn in and stability testing and they all passed with flying colors, though I did have to RMA one set of bodgy RAM sticks in the process. The benchmarks tell the story, as compared to the average Digital Ocean droplet:

Power consumption could be a concern, as the 2017 version had a much lower 15 watt TDP, compared to the 45 watts of this version. That 3× increase in core count ain’t free! So I tested that, too, with a combination of i7z, stress, and my handy dandy watt meter. 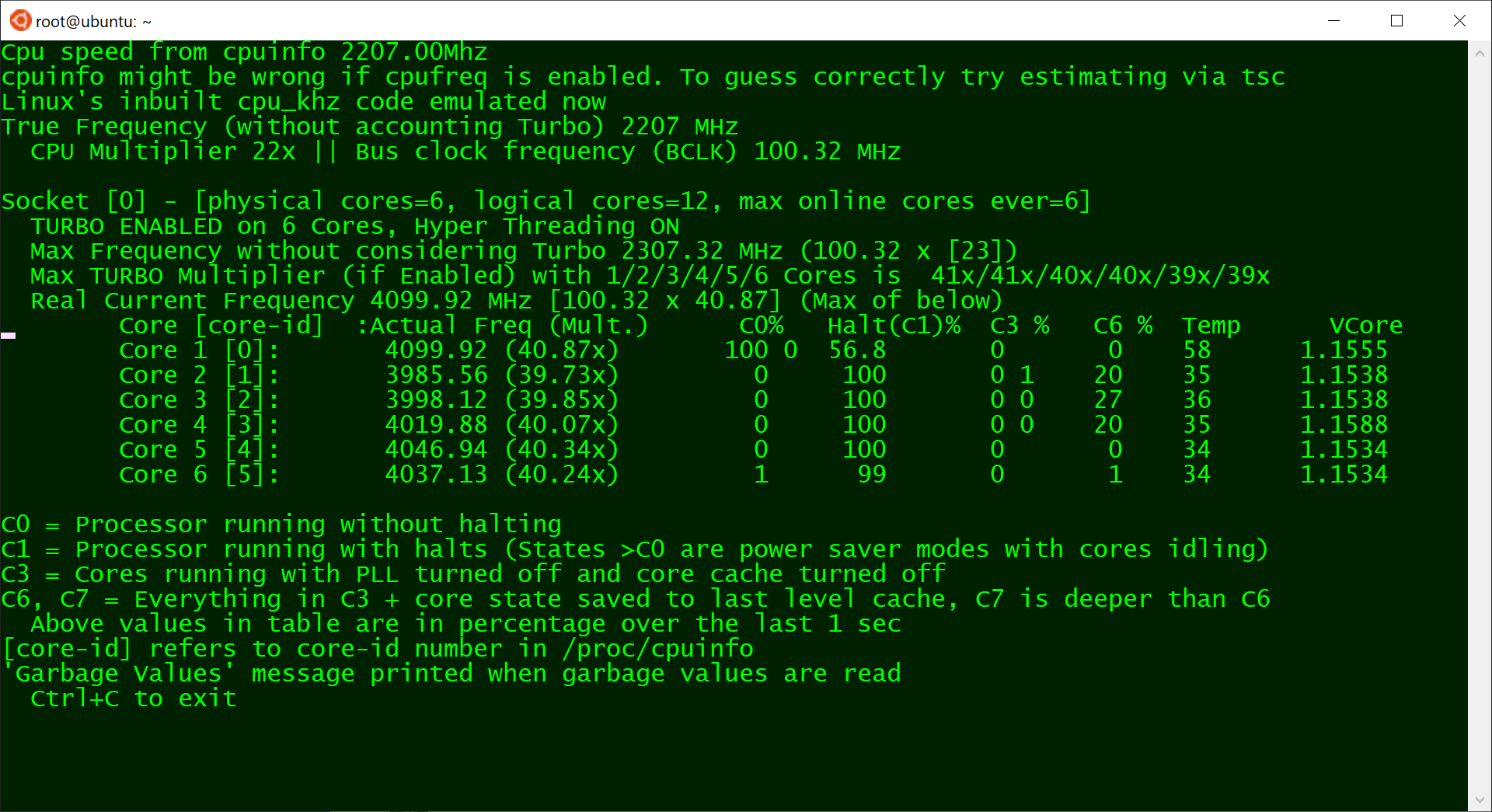 I’d expect around 10 – 20 watts doing typical low-load stuff that isn’t super CPU intensive. Note that running current-ish versions of mprime jacks power consumption up to 75w 🔥 and the overall clock scales down to 3.1 Ghz … let me tell you, I’ve learned to be very, very afraid of AVX2 extensions.

(If you’re worried about noise, don’t be. This active cooling solution is clearly overkill for a 65w load, because it barely spun up at all even under full core load. It was extremely quiet.)

So we’re happy that this machine is a slammin’ deal for $820, it’s super fast, and plenty reliable. But how about colocation costs? My colocation provider is EndOffice out of Boston, and they offer very competitive rates to colocate a Mini-PC: $29/month. 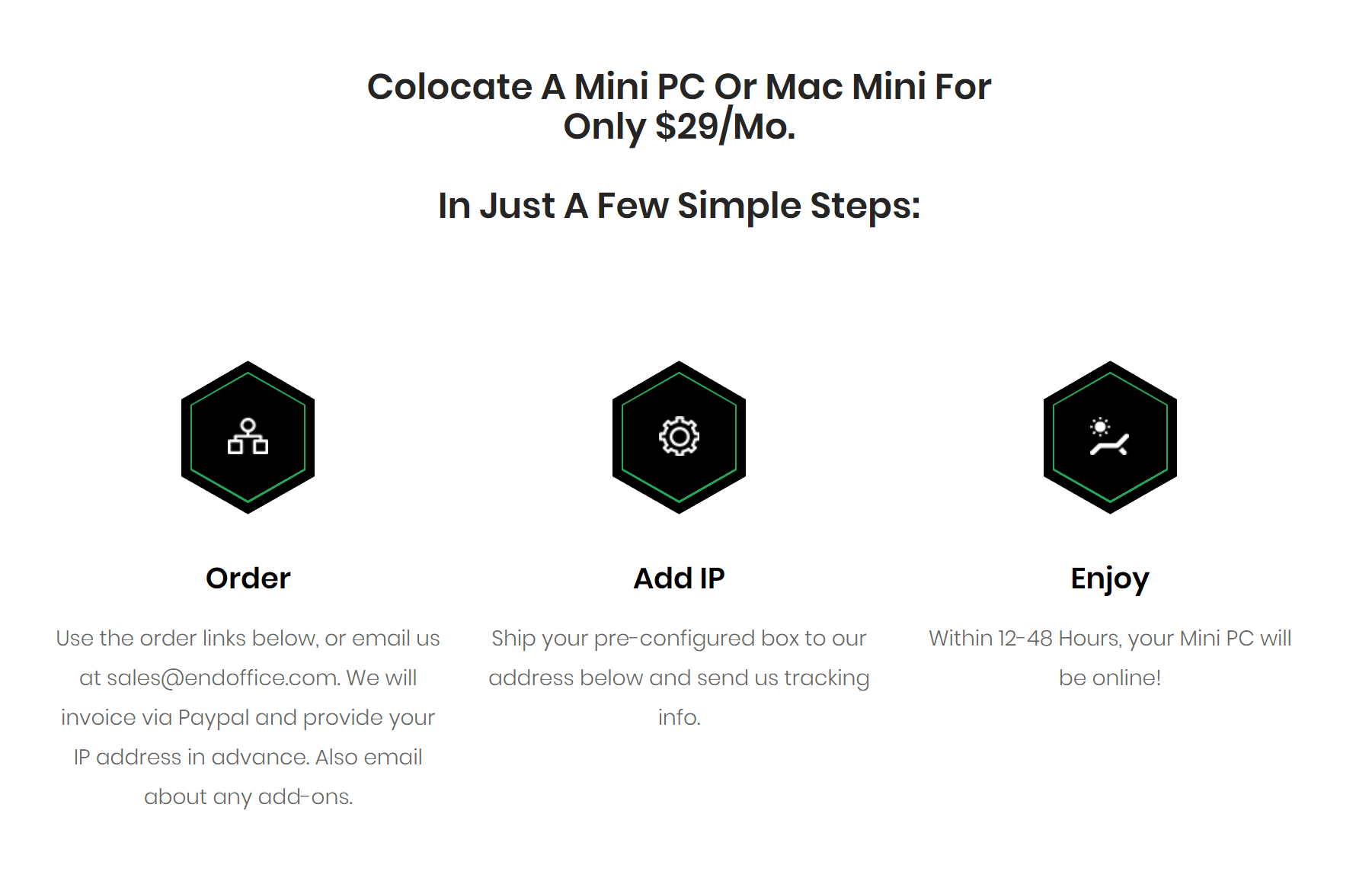 I personally colocate three Mini-PCs for redundancy and just-in-case; there are discounts for colocating more than one. Here they are racked up and in action. Of course I labelled the front and rear before shipping because that’s how I roll.

Let’s break this down and see what the actual costs of colocating a Mini-PC are versus the cloud. Given the plateauing of CPU speeds, I think five years of useful life for these boxes is realistic, but let’s assume a conservative three year lifespan to be safe.

That’s $2,044 for three years of hosting. How can we do on Digital Ocean? Per their current pricing page:

This isn’t quite apples to apples, as we are getting an extra 140GB of disk and 2 bonus CPUs, but those CPUs are both slower and partially consumed by multi-tenancy compared to our brand new dedicated, isolated CPUs. (I was curious about this, so I just spun up a new $160/month DO instance for a quick test. The sysbench results are 4086 and 11760 respectively, considerably below the 2019 Mini-PC results, above.) As you can see, you pay almost three times as much for a cloud server. 🤑

I’m not saying this is for everyone. If you just need to spin up a quick server or two for testing and experimentation, there’s absolutely no way you need to go to the trouble and up-front cost of building and then racking colocated mini-pcs. There’s no denying that spinning servers up in the cloud offers unparalleled flexibility and redundancy. But if you do have need for dedicated computing resources over a period of years, then building your own small personal cloud, with machines you actually own, is not only one third the cost but also … kinda cool? 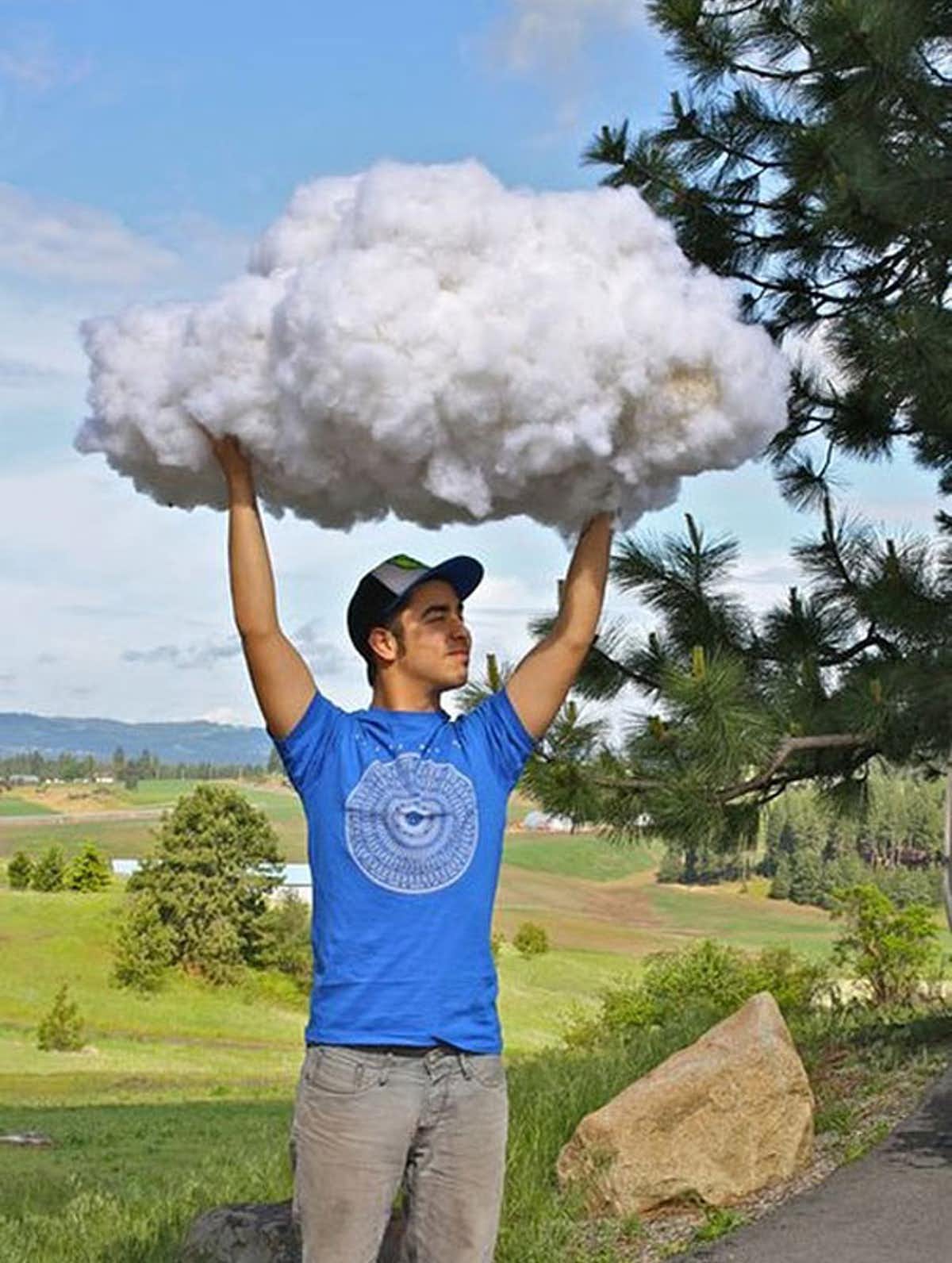 If you’d also like to embark upon this project, you can get the same Partaker B18 box I did for $490 from Amazon, or $460 direct from China via AliExpress. Add memory and drive to taste, build it up, then check out endoffice.com who I can enthusiastically recommend for colocation, or the colocation provider of your choice.

Get something cool hosted out there; let’s do our part to keep the internet fun and weird!

An Work out System for the Extra fat Internet